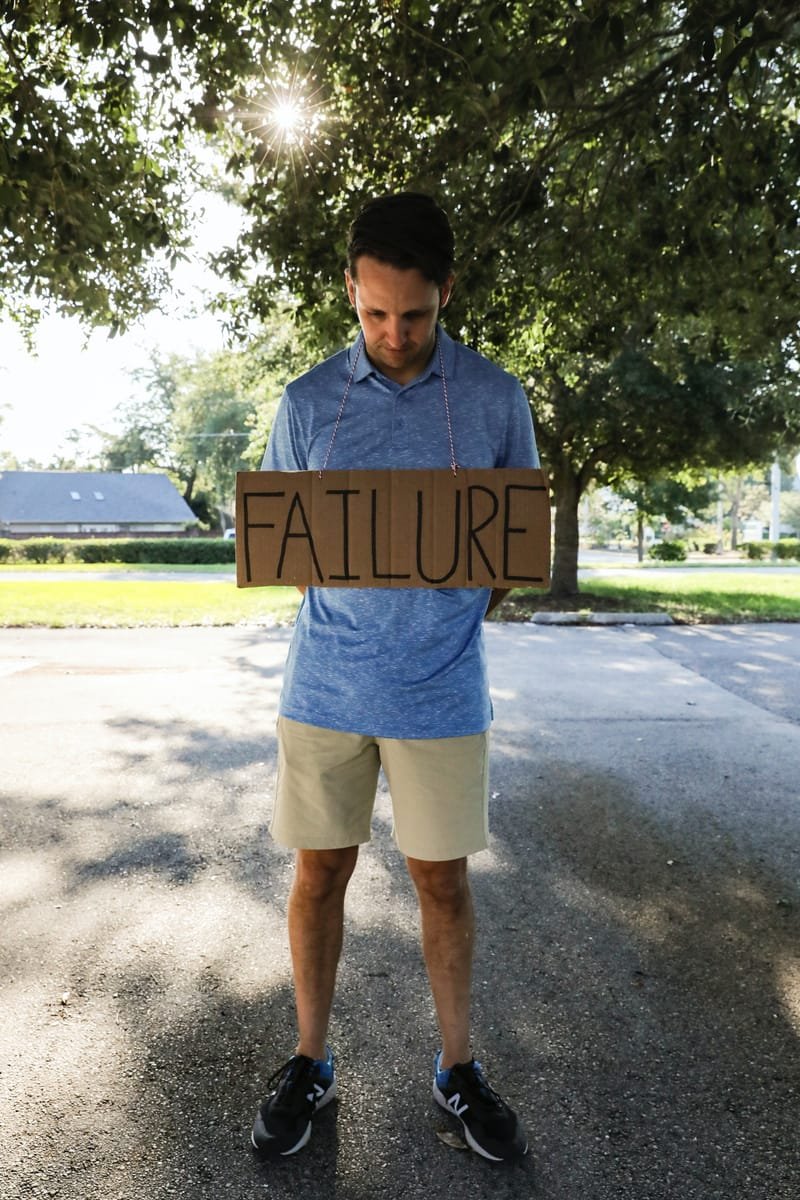 Failure is when we don’t succeed at something we expected to succeed at. When this happens, most people deal with it rather badly. At best, this is expressed by beating ourselves up (where we tell ourselves how bad we are for failing) but at worst, we will avoid trying things just so we won’t fail at them which can lead to us missing out on the great opportunities that can further develop us as people. 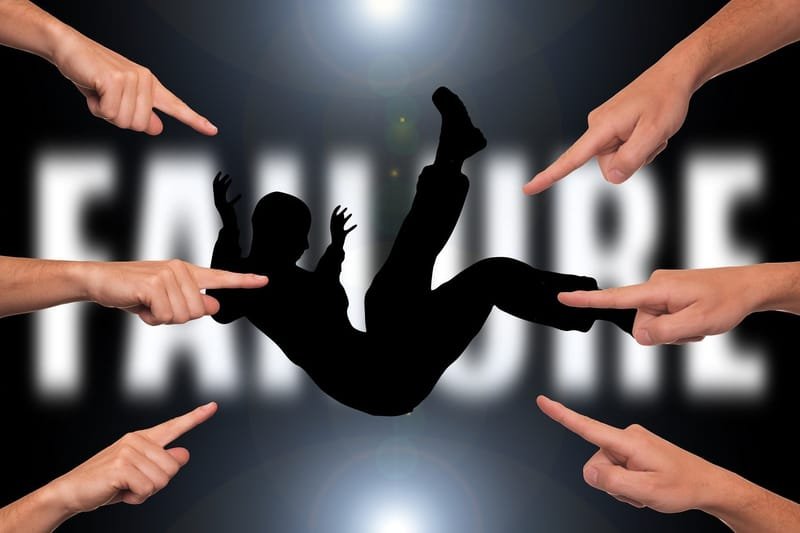 How do you manage Anxiety of Failure?

In short, here are 3 different strategies for you to try: Be Kind to Yourself, Find Victory in Defeat OR Look at the Worst Case scenario. These strategies are all explained in further detail under the tabs above. How do you "Be Kind to Yourself"?

To Be Kind to Yourself means that you need to stop telling yourself that you are bad or hopeless at something because you have Failed to do it. It is okay to fail. To help you understand this, I have broken it down using some my own experience: Stop Beating Yourself Up

Failure never feels nice when it happens to anyone. As Autistic person I have naturally beat myself up over failure always telling myself I am a bad person for failing. This started back in school where I’d been mercilessly bullied for making simple mistakes. It took me longer than the bullies to learn from my mistakes but the biggest thing I learned was that there is no shame in failure as it’s part of being human and how we learn to be better people no matter what other people think of you. Don’t Compare Yourself to Others

We hurt ourselves more from failure when we compare ourselves to other people. With all the bullying I suffered in school, I always compared myself to these people asking myself why can’t I be as tough or strong as they are? It took me time to realise that trying to be tough didn’t make me as good as them but rather it would make me as bad as they are. The lesson here is that comparing myself to them wasn’t worth it as it was something I did not want to be: as bad as those who hurt me. 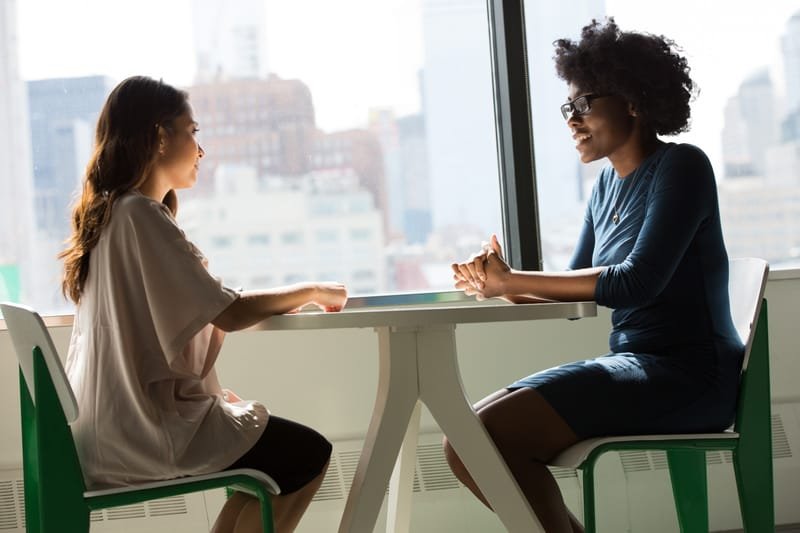 Autistic people like ourselves have the nasty habit of bottling up our emotions which end up exploding out as anger, frustration or at worst, violence. At one time, I attacked my cousin over my frustrations towards my life from school to job search (this was many years after school). She called my aunt who came to visit and help me realise that bottling up my emotions was hurting me not healing me. I realised here that talking to someone helped me to feel better and take the weight of failure over the years off my mind. 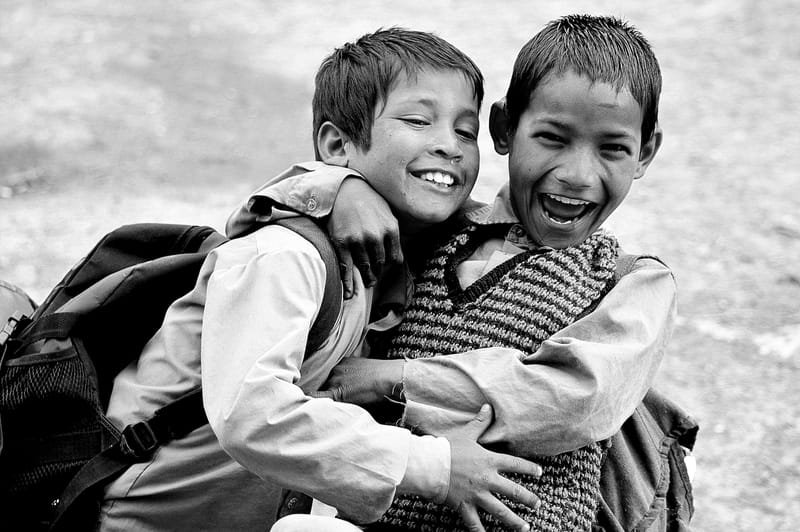 Know who your Real Friends are

In school, I found the people there to be quite fickle: one day they were my friend, another day they would join in with the rest of those bullying me. This lead me to looking for friends outside of school. Firstly, I joined the Cub Scouts when I was 8 and then moved up to Scouts. Unfortunately, the bullying got just as bad here as it did in school and so I left the Scouts. In 2002, I found a place full of real friendships called Yellow House and it’s such a great place that I am still part of it even to this day going into my 30’s. 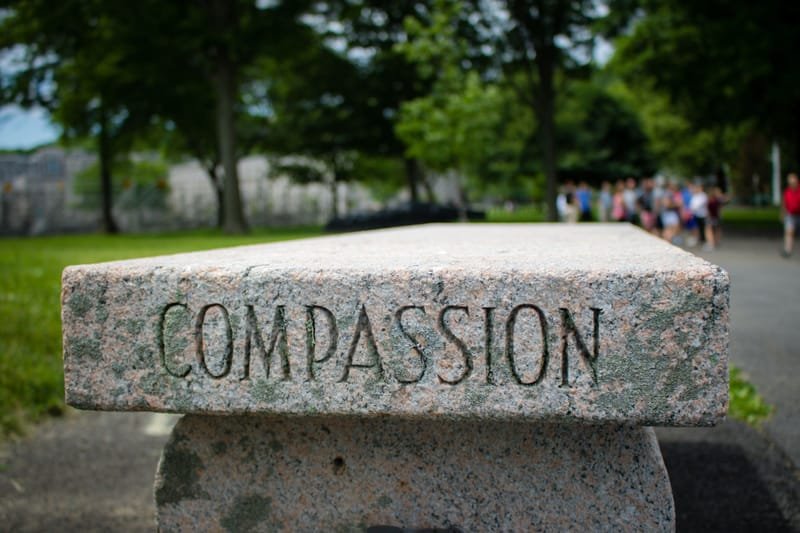 For some people, fear of failure is rooted much deeper into our minds. To overcome it, I tried Cognitive Behavioural Therapy (CBT) which did sort of help but I didn’t feel it helped me manage the anxiety from my autism. When I applied for help from the Sefton Aspergers Team, they suggested Compassion Focused Therapy (CFT). I found this to be far more helpful as it looked at tackling the self-criticism and shame that you feel from failure and anxiety. From CFT, I was able to turn my shame into compassion towards myself and feel far better about failing than I did before. 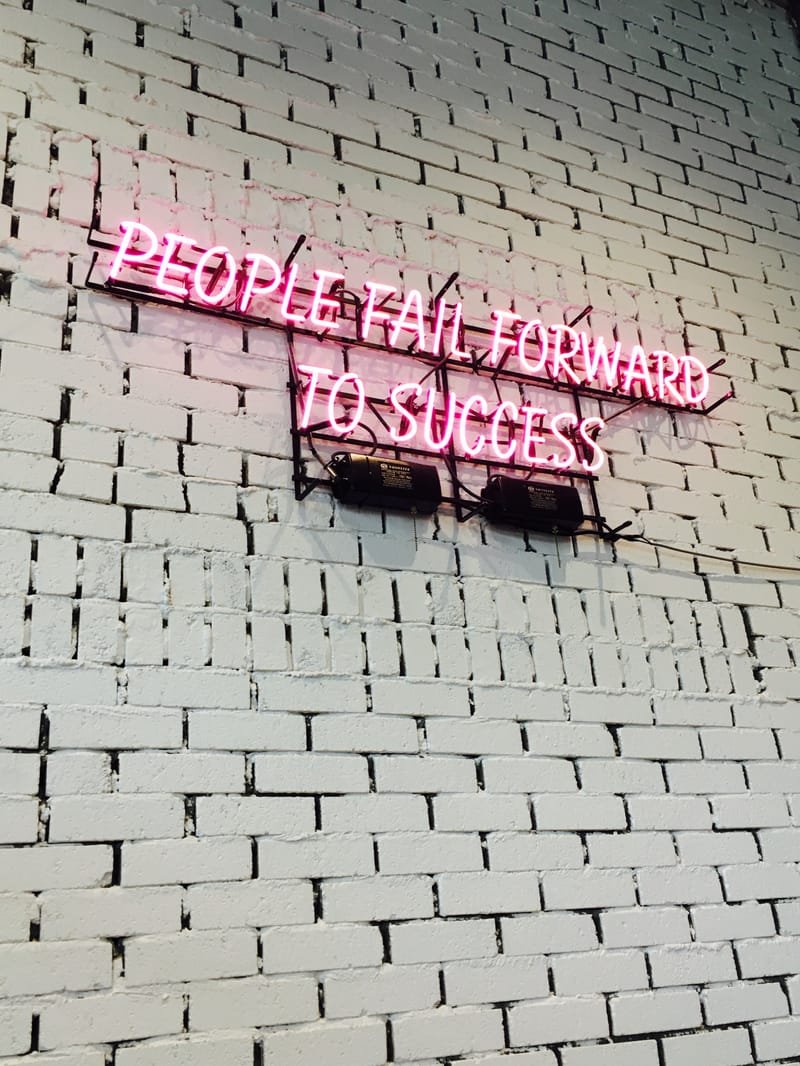 How do you “Find Victory in Defeat”?

You can Find Victory in Defeat by looking at what you have gained or learned from the Defeat that you didn’t have before. To do this effectively, we can break this down using some my own experience: 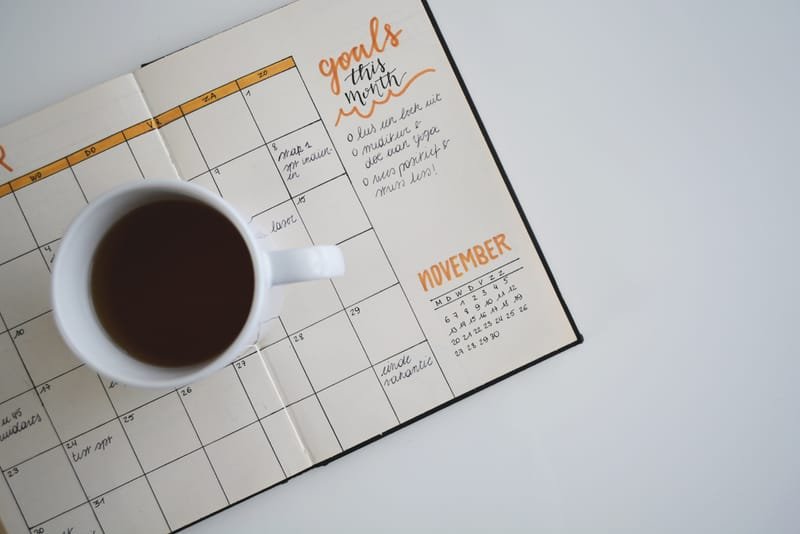 Set Goals Ahead of Time

I’ve spent many years trying to look for a job and spent most of that time expecting to easily land a job seeing as I have A-Levels (college level) and years of experience from volunteering and doing youth exchanges but this was not the case. I realised that in my struggle I had to set more realistic goals and to do this we can use SMART Goals. 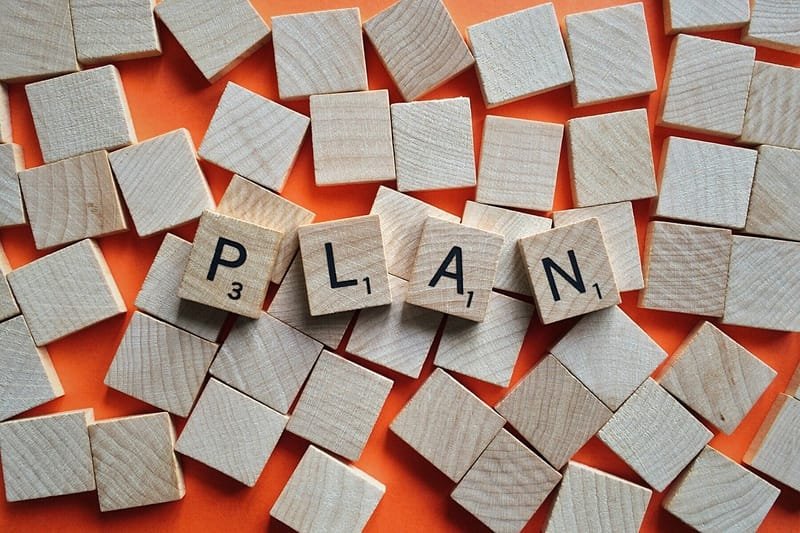 SMART is an acronym that can be used to see if the goals we have set are achievable. S is Specific, I would apply jobs that specifically matched what I was good at which is using computers. M is Measurable, there is a process to job application: sending your CV or application form, attending a job interview and being offered the job, so I measured progress with a job by how far I got through the process. 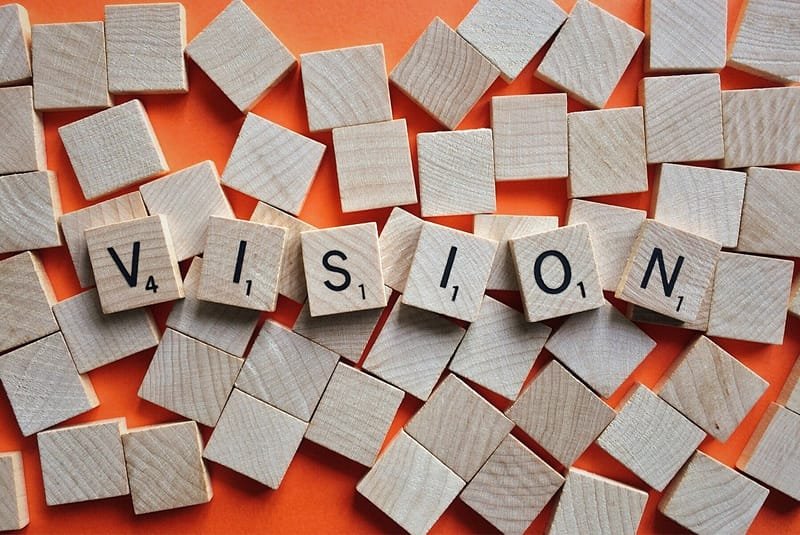 A is Attainable, just getting a job interview is difficult nowadays and so I have told myself that whenever I get one, I should be proud of that. R is Relevant, it was no good for me applying for a “Senior” or “Manager” role as I didn’t have the experience for it so I targeted “Junior” and “Assistant” roles. T is Time Bound, most job descriptions tell you that if you don’t hear from the company 2 weeks after applying then you are unsuccessful meaning I should focus on looking for another job. 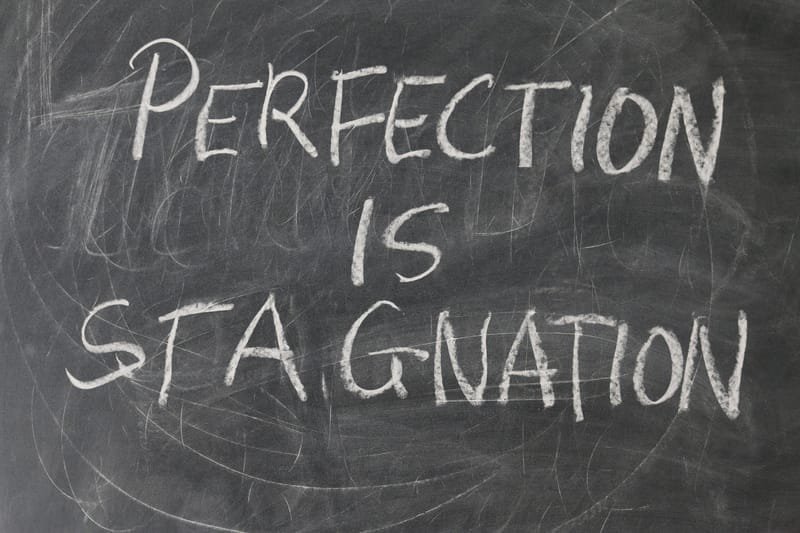 Stop Trying to be Perfect

The Job Centre had very high expectations of me: job searching 35 hours a week. I realised that if I tried doing this it would drive me insane and so in order to deal with this, I had to set realistic expectations, ones that I could meet. I decided I would spend 1 hour a day looking for 3 jobs to apply for and that was all, expectations that worked for me not the Job Centre. 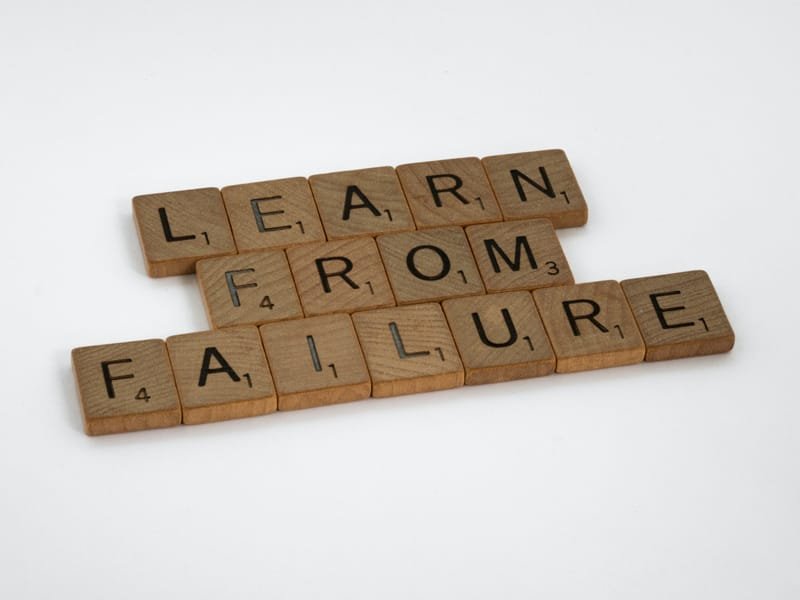 Look at what You have Learned

I learned that if I got a job interview from one of my job applications then I must have a well written CV or Application Form. At the end of the interview process, I made sure to ask for feedback if I failed to the get the job and this meant that I would learn how I did at the interview and how to improve at job interviews. Get to know the Experience of Failure

Getting used to the discomfort of failure as learning it makes it known and if something is known you will fear it less and you will find it easier to take risks as you no longer fear failure that much. For me, my job search led me to taking up a web design course which led me creating Aspie Heroes, a project that I am determined to make work regardless of failure and my future. Let failure push you forward not hold you back. 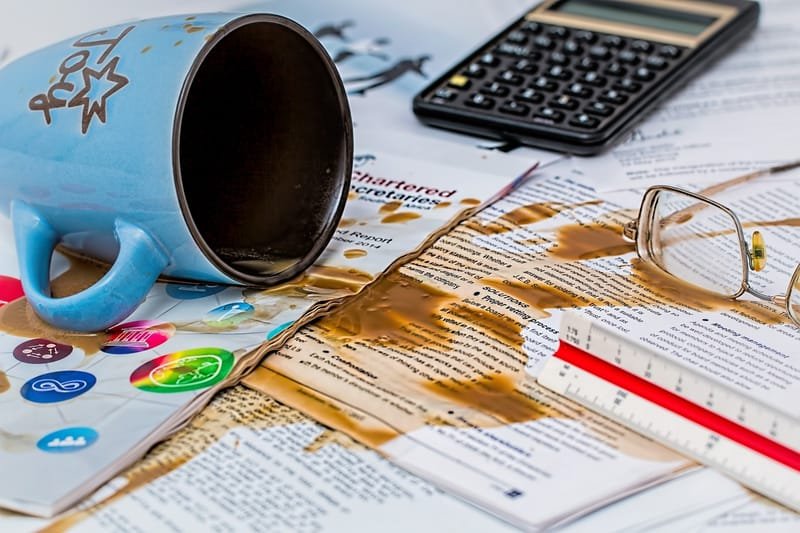 How do you “Look at the Worst Case Scenario”?

Looking at the Worst Case Scenario means considering the worst thing that happens to you because you failed and from this understand that it probably isn’t as bad as you think. To do look at this properly, we can break this down using some my own experience: 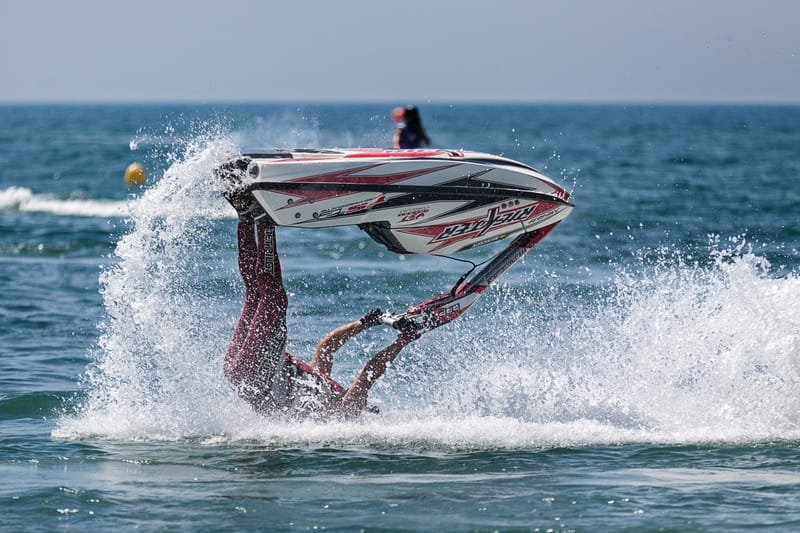 What’s the Worst that can Happen?

When I was trying to pass my driving test, I was constantly worrying about failing, that all my hard work being for nothing if I failed. I later realised that the worst thing that could happen to me from failing my test is that I simply wouldn’t pass the test, not really a massive setback at all, it would just mean that I would have to keep learning and try again 3 weeks later. What has Actually Changed? 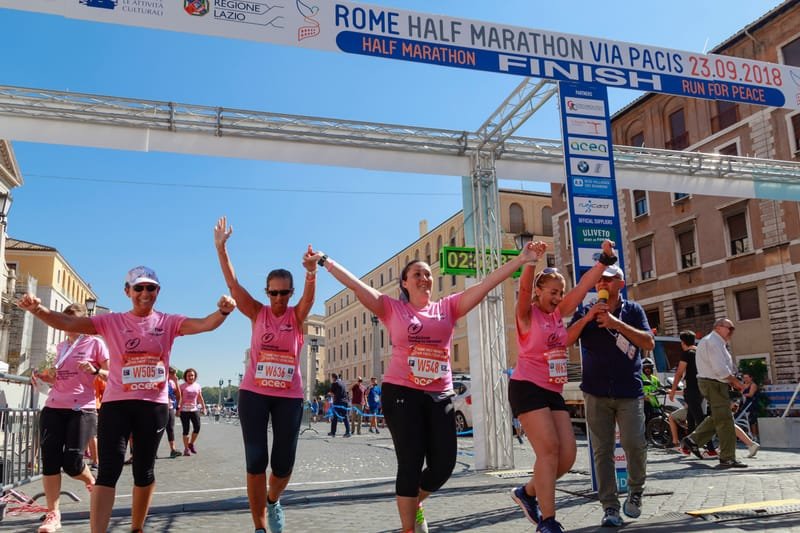 See Life as a Marathon not a Sprint

I started learning to drive at the age of 23 and I passed my test at the age of 25. A few of my friends had started learning after me and they all passed first time before I even passed which made me very resentful towards them. This did not matter in the end, all that mattered was when I eventually passed. After 2 years and multiple attempts at the test, I finally passed it. 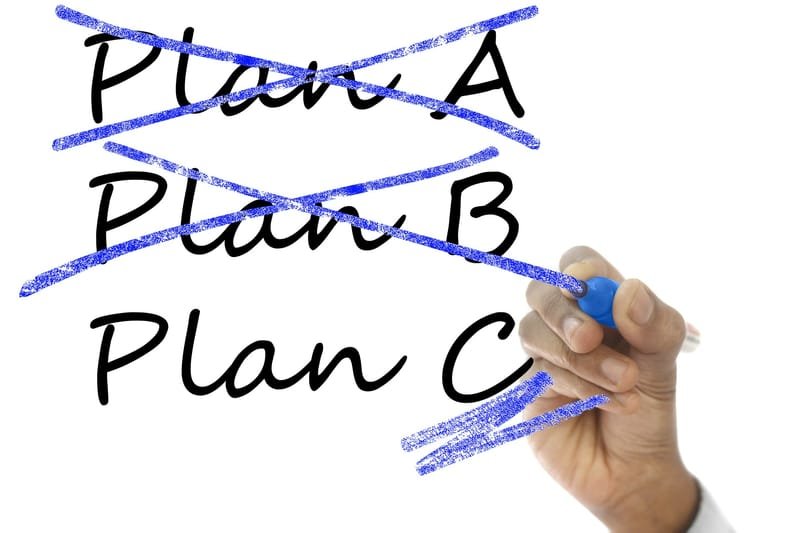 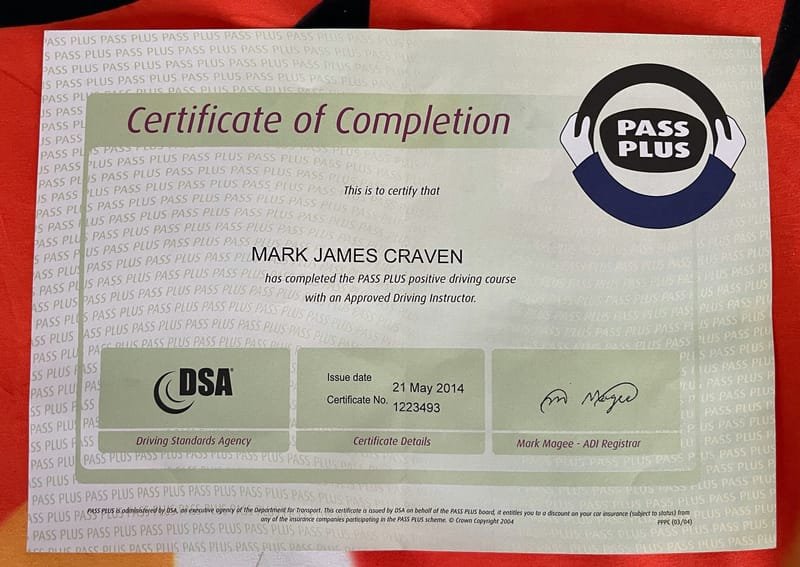 Accept Defeat and Move on

It was always an awful feeling to fail my driving test and seeing people I knew driving their cars without an instructor made it worse but there was nothing I could do to change the outcome. All I could do was let it go, practice more and eventually try again. What also helped was when I failed my 2nd test, the examiner had a good attitude over test taking and was able to help me feel more at ease over my failure, this was the same examiner that I eventually passed under. Don't be Afraid to Fail

Failure is never a nice feeling but it is a necessary feeling to learn as it teaches us not only to be better but it also teaches us that we must endure in life. Don't be afraid to fail because the only true failures in life are to give up and never try in the first place.